WHAT IS THE ACTUAL FLAVOR OF BUBBLEGUM?

WHAT IS THE ACTUAL FLAVOR OF BUBBLEGUM?

Bubblegum is an iconic flavor that is as American as apple pie. It’s sweet, it’s sticky, it’s pink, and it’s familiar to everyone who’s ever purchased a chewy sphere from a gumball machine or watched a teen movie set in the ‘90s and channeled their inner Cher Horowitz. The faintly fruity concoction has been remade into ice cream, lip balms, jelly beans, and ironically even dental products. There are dozens of bubblegum brands—from Bubble Yum to Bubbalicious—all sporting similarly pink packaging with the slightly varied, yet still cloyingly sweet, bubblegum flavor. But what is the actual flavor of bubblegum? 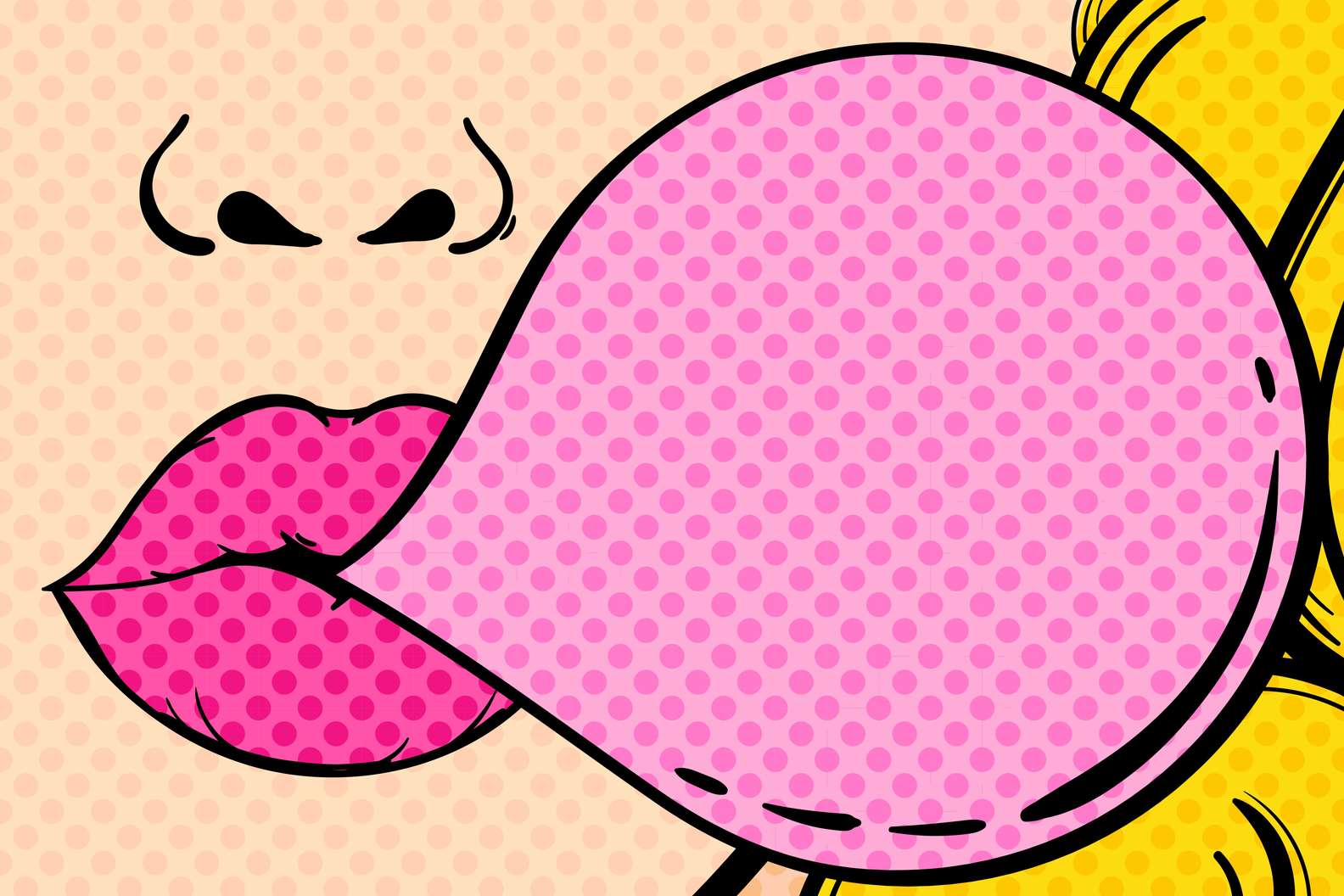 The short answer: a combination of fruits. Though the recipe differs from company to company, the generic bubblegum flavor is usually made from a unique blend of esters—chemicals that smell like fruit. This could be a “strawberry-banana-punch” mix, as Bob Bouclin, president of pharmaceutical food flavoring company, Knechtel Inc., If a company wants their bubblegum to have extra berry flavor, they would include more strawberry, raspberry, and blueberry esters. If they’re in need of a tropical gum, mango and kiwi may be subbed in.

Modern chewing gum was dreamt up by scientist and inventor Thomas Adams in the late 1800s. But before he was a scientist or inventor, he was a photographer and failed experimenter with a day job in New York City as a secretary. After attempting to make toys and rubber bicycle tires from chicle, a naturally occurring gum tapped from Mexican sapota trees, Adams became inspired by Mexican general Antonio de Santa Ana—the person he was performing secretary duties for—who frequently enjoyed chewing chicle. 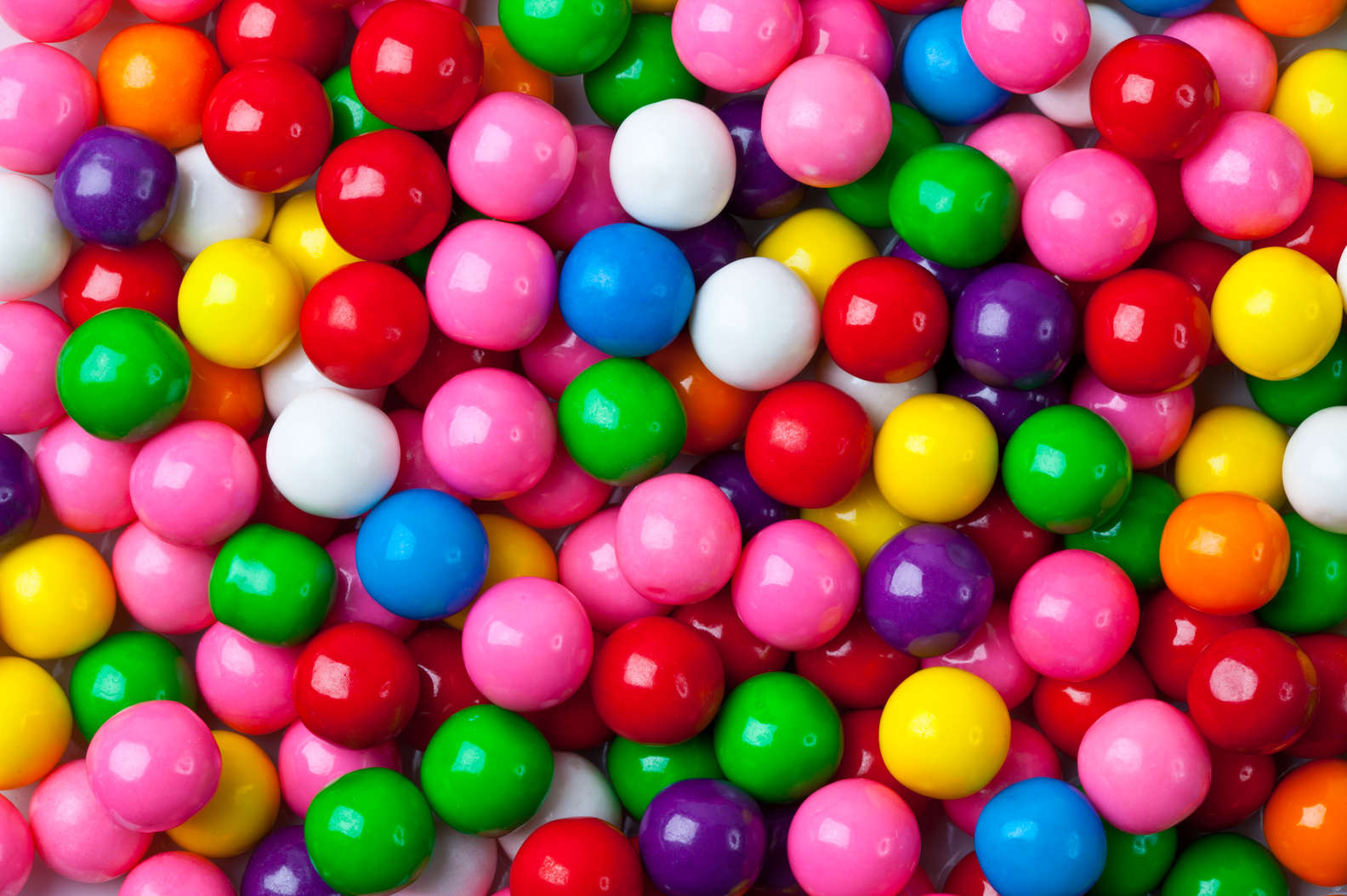 The flavor is all in the name: tutti frutti, in Italian, translates to “all fruits.” And that’s exactly the flavor that Adams was trying to capture in his gum. No one could fault Adams for making a gum that didn’t taste exactly like strawberries, or bananas, or cherry—the essence of the gum was intended to taste sweet and vaguely like fruit, even though it was a synthetic replication. His chewy invention was so successful that it led Adams to opening up the first American chewing gum factory in 1871.

Adams had more firsts throughout his life as a gum entrepreneur. His product—which was associated with digestive health and marketed under the name “Pepsin Tutti-Frutti"—took off and he sought out more ways to create gum. He joined forces with William Wrigley Jr. to form the American Chicle Company, and released chiclets in 1900, a gum product that is still sold to this day.

Following Adams success were numerous gum inventors, eager to establish a place in a market that was still in its infancy. The Fleer Corporation, which was founded in 1885, became the first company to actually create bubblegum. Their initial product was called Blibber-Blubber and invented in 1906 by the company’s founder, Frank H. Fleer. Fleer wanted to stand out from fellow gum competitors and thought the physical involvement of chewing and blowing bubbles from gum would excite consumers. Unfortunately, the first attempt wasn’t a roaring success: Blibber-Blubber was mealy and wet, lacking that quintessential snap and pop that makes for an enjoyable bubblegum.

But Fleer was on to something. Walter E. Diemer, an employee at the Fleer Corporation, took a stab at improving Blibber-Blubber’s recipe by including latex in his formula. The result was a satisfyingly chewy bubblegum that could stretch to make iconic bubbles, and thus named Dubble Bubble. At the time of its creation, the only food dye available at Fleer’s factory was pink, which was preferred to the unappetizing grey color that bubblegum was in its original state. Pink was added and has remained the prototypical color of bubblegum everywhere.

According to the National Confectioners Association, the chewing gum industry reached 4.1 billion dollars in 2018. So how has the whimsical and sugary flavor of vibrant pink bubblegum stood the test of time? In Lacy’s words: “There seems to be no official answer other than ‘why mess with success?’”